This video is a recording of a live event that took place on October 16, 2021.

How does animation work? Join Moominvalley director, Jay Grace, to hear all about how the award-winning Moominvalley TV series (Gutsy Animations, 2019) came to life! You’ll get a  behind-the-scenes look at the show’s creative process: We’ll follow a script excerpt through various stages of development—from character sketches to 3D props. We’ll conclude the journey with a glimpse of what the final Moominvalley animation feels and looks like! See how the stories are transformed from text to a gorgeous animation, and learn a few tricks on how to draw a Moomin on your own! 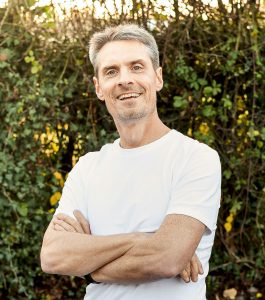 Jay Grace is an award-winning Director and Animator with over 25 years of experience in the animation industry. He’s known predominantly for his work with the Oscar®-winning animation studio Aardman. His notable credits include films Chicken Run and Wallace & Gromit: The Curse of the Were-Rabbit and over 20 episodes of the highly successful TV series Shaun the Sheep, which earned him a BAFTA in 2014. (Photograph by Vertti Luoma.)

Gutsy Animations, founded in 2016 by awarded creator, Marika Makaroff, is a Finnish production house. The company’s flagship production, multi award-winning Moominvalley, is an animated drama fantasy series and a brand new adaptation of the much-loved Moomin stories of Tove Jansson.

Moomins, the beloved fairytale creatures living in Moominvalley and created by Finnish author Tove Jansson, are the subject of a visiting exhibition at National Children’s Museum as of September. The upcoming exhibition, on loan from the world’s only Moomin Museum located in Tampere, Finland, showcases the universal values of the Moomins, such as equality, inclusion and respect for nature. The exhibition is brought to the United States by the Embassy of Finland in Washington D.C.